Here are some recent books (both fiction and nonfiction) on human trafficking, primarily in the United States. All descriptions are quoted from amazon.com, unless otherwise noted. 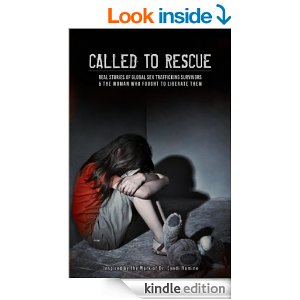 This is the story Dr. Cyndi Romine (Called to Rescue founder and Hope Ranch board member) and her courageous work against human trafficking: "Travel from the bustling business district of Hong Kong to the sanitized streets of suburbia in the Pacific Northwest as you read six true stories of innocent global sex trafficking survivors and the bold woman who dared to save them" (description from Called to Rescue). 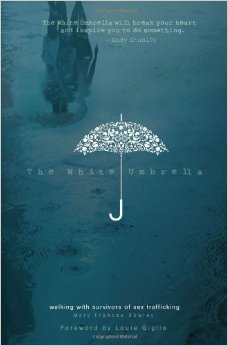 Bowley tells stories of survivors as well as those who came alongside to help them to recovery. . . . It is an ideal resource for individuals or organizations seeking to learn what they can do to assist these victims in becoming whole again. 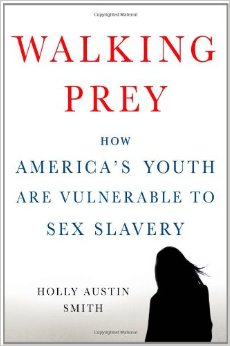 Advocate and former victim Smith shows how middle class suburban communities are fast becoming the new epicenter of sex trafficking in America. . . . Smith argues that these young women should be treated as victims by law enforcement, but that too often the criminal justice system lacks the resources and training to prevent the vicious cycle of prostitution. 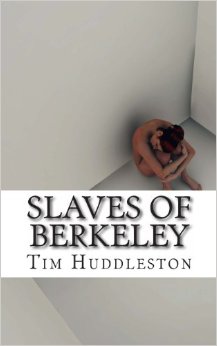 This is the story of the human trafficking ring that shook a nation and opened the door for reform in the United States. 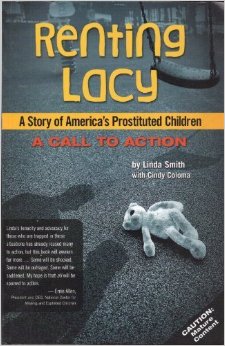 Smith brings to life characters based on real stories and interviews with teen survivors. 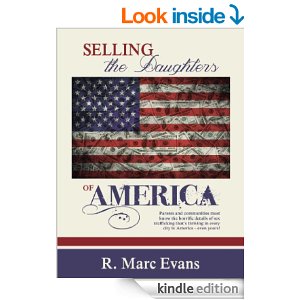 In this startling depiction of human trafficking devices and violence, Evans provides a straightforward look at the problem, and the day-to-day techniques used for recruiting and holding young girls in the hostile sex trafficking environments. Specifically written to raise awareness among all mothers, fathers, brothers, sisters, friends and neighbors, this book establishes a pattern with which young girls can arm themselves against trafficking methods.

In Our Backyard: A Christian Perspective on Human Trafficking in the United States
Nita Belles. Free River (2011) 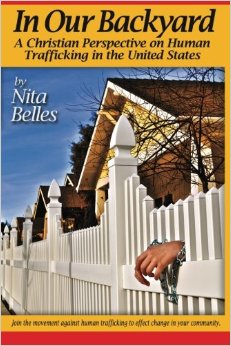 Belles invites the reader in to the lives of human trafficking victims, survivors and the traffickers themselves with true stories . . . . A quick read which includes study questions for small groups, In Our Backyard could change your life and save lives around you.

Somebody’s Daughter: The Hidden Story of America’s Prostituted Children and the Battle to Save Them
Julian Sher. Chicago Review Press; Reprint (2013) 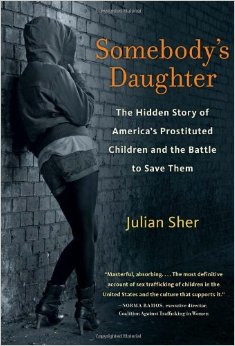 Meet the girls who are fighting for their dignity, the cops who are trying to rescue them, and the community activists battling to protect the nation’s most forsaken children. (Available at the Eugene public library.)

Girls Like Us: Fighting for a World Where Girls Are Not for Sale: A Memoir
Rachel Lloyd. Harper Perennial; Reprint (2012) 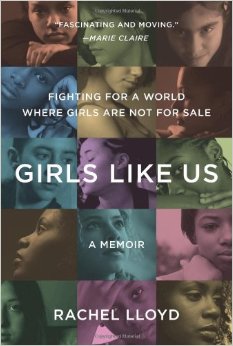 Lloyd’s riveting survivor story is the true tale of her hard-won escape from the commercial sex industry and her bold founding of GEMS, New York City’s Girls Education and Mentoring Service, to help countless other young girls escape “the life.” Lloyd’s unflinchingly honest memoir is a powerful and unforgettable story of inhuman abuse, enduring hope, and the promise of redemption. 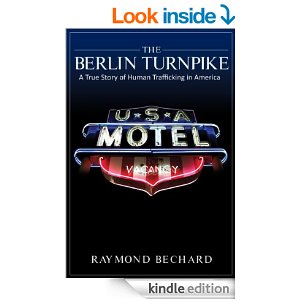 This is a true story of human trafficking in America as told through the testimony of a landmark federal trial which took place at the heart of one of the country’s wealthiest states, Connecticut, over the course of eight days in 2007. 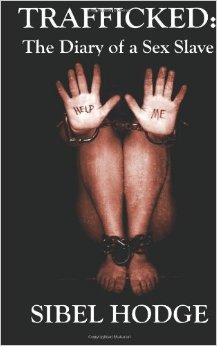 Hodge took her readers to a rare journey that touches and break the heart all at the same time through the eyes of Elena, the victim to whom the diary belongs -- The Bornean Bookworm 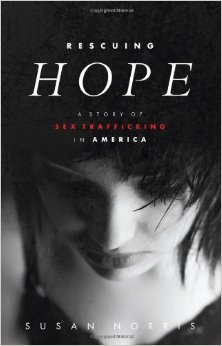 At fourteen, Hope Ellis is the all-American girl with a good life until the day she tries to help her mom with their cross-town move by supervising the movers. When they finish, one of the men returns to the house and rapes her. Held silent by his threats, darkness begins to engulf her.